Welcome to the Nova Scotia Association of Garden Clubs (NSAGC). We are over 60 clubs strong, representing gardeners right across our province. All of us at NSAGC are volunteers who are enthusiastic gardeners interested in encouraging and supporting our fellow gardeners. We aim to promote gardening activities, share our know-how with new gardeners and create opportunities to enjoy each other's company.

Our logo features the trailing arbutus, more commonly known as the Mayflower. It is not only the provincial flower of Nova Scotia but a flower which is indigenous to our woodlands. It emerges just as the snows are receding from our forests in early spring. It has delicate white and pink blooms with a heady, sweet fragrance.

Download the latest issue of our newsletter to see what is happening: 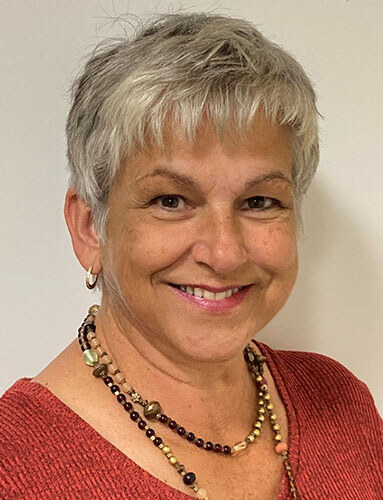 Hello and welcome to the website for the Nova Scotia Association of Garden Clubs.

Gardening is a wonderful hobby and, for some of us, a passion! Garden clubs provide opportunities to share this passion with fellow gardeners. As Chair of the Association, I have had the privilege of meeting and working with garden club members from all over the province as we continue to build the gardening community in Nova Scotia.

If you are interested in gardening or getting together with other gardeners, please consider attending a club meeting near you. Whether you are new to gardening or an experienced gardener, you will be warmly welcomed.

On behalf of all the members of our Association, thank you for visiting our website. I hope you enjoy browsing it and who knows? Maybe I'll meet you at our annual conference in the spring!

About the Nova Scotia Association of Garden Clubs

In the 1940s a number of horticultural societies sprang up in Nova Scotia to answer the call of the Rural Beautification Project. Its goal was to beautify the province, support local gardeners and encourage the growth of nurseries. As the years passed, lovely gardens, landscaped properties and retail nurseries appeared. The Department of Agriculture and Marketing, along with the Nova Scotia Agricultural College, decided it would be helpful to host an event to bring together gardeners from one end of the province to the other. In 1954 they initiated what was to become a tradition—an annual conference where garden club members could meet each other, enjoy tours of local gardens and gather for a banquet that featured a special guest speaker. The first conference was held in Truro and was a resounding success. At a conference held the following year a new organization came into being: the Nova Scotia Association of Garden Clubs.

Over the decades the Association has been part of many initiatives. Here is a look at contributions in the early years:

The Association continues to be active in keeping Nova Scotia a beautiful place to live.

There are distinct advantages to belonging to an organization that seeks to foster the growth of the gardening community across the entire province.

To help with this goal, the province has been divided into districts. Each district has its own NSAGC Director. Directors support the clubs in their region by liaising between those clubs and the Association. Directors are ready to assist the clubs in various ways and to act as a resource for local club presidents.

The most eagerly awaited event of the year occurs in the spring when the Association hosts a convention where club members meet and exchange ideas, make friends, learn about the latest gardening trends and enjoy local gardening attractions. Convention locations rotate to a different region each year so that clubs have the opportunity to showcase their area of the province.

The Floral Art Competition allows garden clubs to display their flower arranging skills under several categories. The photo competition takes place before the convention, but the photos of the entrants and winners in each class are showcased during the event. There are also tours of private gardens that attendees may visit.

The Chairperson is responsible for making sure that each Annual General meeting, Board meeting and Executive meeting is planned effectively, conducted according to the by-laws, follows an agenda, and that matters are dealt with in an orderly, efficient manner.

The Secretary documents the Annual General meetings, the Board meetings and the Executive meetings and distributes the minutes from those meetings. The Secretary is the recognized agent for NSAGC with the Registry of Joint Stock Companies. He/she maintains the various NSAGC documents and official seal.

The Treasurer maintains custody of the NSAGC funds, keeps accurate financial records and prepares financial reports and a budget for approval at the appropriate meetings. The Treasurer also manages the yearly Membership Assessment process and maintains the Tags and Seals inventory.

The province is divided into 8 NSAGC Districts, with each district being overseen by a District Director. The District Directors are the link between the garden clubs and the NSAGC Board and as such they represent their clubs as members of the Board.

The Awards Chairperson is responsible for organizing and executing the annual NSAGC Awards activities and events. Presentation of the awards takes place at the annual convention.

The Historian is responsible for managing and updating the NSAGC historical records and publishing a summary of the organization's activities every five year.

The Newsletter Editor is responsible for organizing, publishing and distribution of the NSAGC quarterly newsletters, the Scotia Gardener.

The Photo Contest Chairperson is responsible for organizing and executing the annual NSAGC Photo Contest. The winners of the contest are announced at the annual convention.

The Plant Giveaway Chairperson is responsible for ordering and distribution of the plants that are given to members of the NSAGC clubs annually.

For the Public
For Garden Clubs
Resources
About NSAGC